Each year, trendy flavors take over the dessert world. Salted caramel is an example, as it went from a relatively obscure flavor combination to something you could find everywhere – in iced coffees, cookies, and even whisky.

Brown butter, on the other hand, has a unique, nutty flavor that is timeless. It’s been used both purposely – and accidentally – in recipes for many years. However, since professional and amateur chefs alike are re-discovering this signature ingredient, expect brown butter to be the star of a legion of recipes both this year – and the one after.

One of these recipes is brown butter coffee cake with cinnamon swirl. Britney Breaks Bread was kind enough to pass this one along, because as a serious chef who knows hot to put a recipe through its paces, she knew we’d give this one the attention and deference it deserves!

Here’s how to create your own batch of brown butter coffee cake with cinnamon swirl:

Brown butter coffee cake: A recipe for the chef in all of us

If you’ve ever come across a recipe for a fish or dessert, salivated over the beautiful pictures, and felt just a little overwhelmed with the preparation process, know this: We’ve been there! However, although this brown butter coffee cake with cinnamon swirl requires a bit more prep work, the warm, rich, nutty flavor of brown butter is worth every second spent mixing ingredients and carefully putting them in the oven.

To make this brown butter coffee cake just right, get organized. Prepare to make your crumb topping first, your filling second, everything else third.

While I love sugar just as much as anyone else, I know that not everyone can have it. With this recipe, you can certainly substitute regular sugar and even brown sugar with other ingredients, including baking-friendly sucralose (Splenda), or even allulose, a newly popular artificial sweetener. Just make sure you choose an artificial sweetener stable enough for baking. If you pick the wrong one, your coffee cake will be a miss, not a hit!

So, where – and how – did brown butter become a popular flavor? Brown butter was used in dishes for many years, but it took the chefs in France to perfect it and popularize it in cooking circles.

Known in French as beurre noisette, literally translated as “hazelnut butter,” this warm sauce is now produced by warming up unsalted butter until you separate the milk solids from the butterfat.

To make a fantastic batch of beurre noisette on your own, you’ll need high quality butter with far more butterfat than average. In other words, don’t expect all brands to feature the butterfat level you need to transform this recipe into something your guests will talk about for years.

At Minerva Dairy, the oldest family owned creamery in the United States, we’ve been developing sky high quality butter with 86% butterfat since 1894. In many recipes for desserts, entrees, and starters, our butter is the only choice for both professional and amateur chefs.

With 6% more butterfat than average and a creamy consistency that blends easily with sweet and savory ingredients alike, our small batch, rich and creamy butter that makes everything better, including this awesome recipe for brown butter coffee cake with cinnamon swirl! 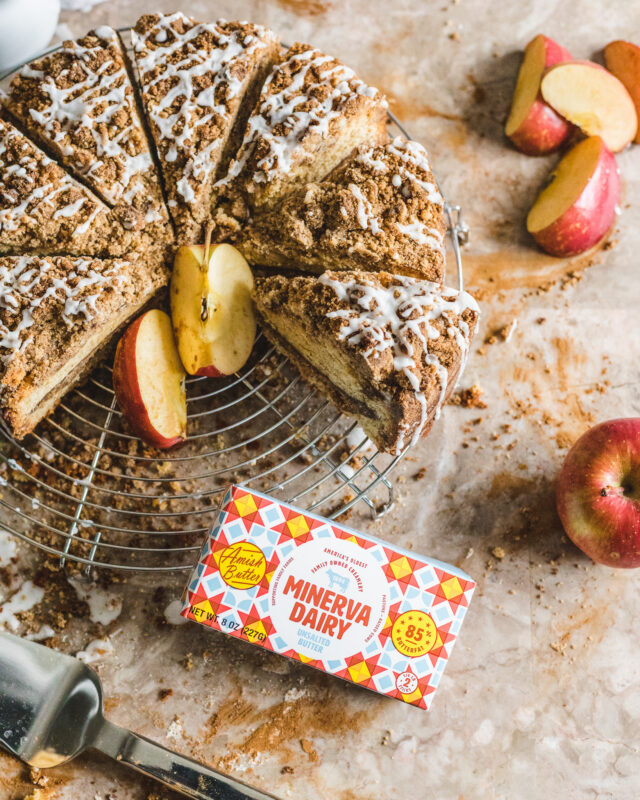 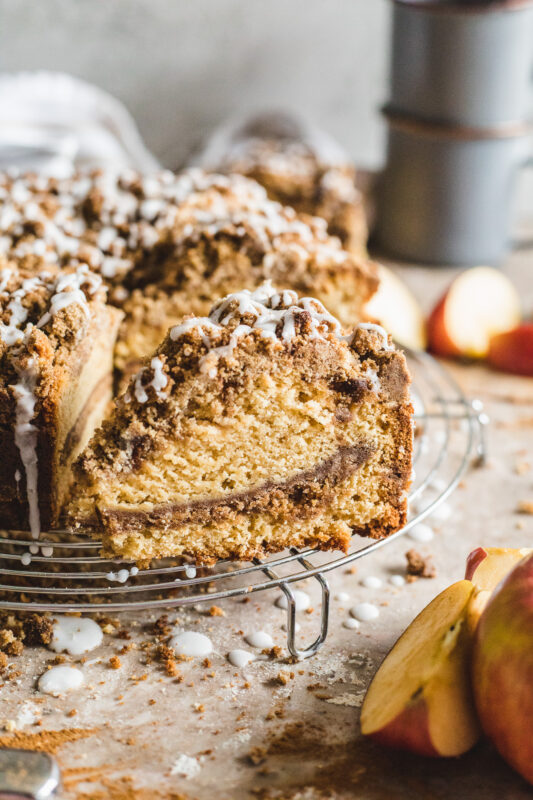