Before we dive into this delicious recipe, let’s talk about trifles. Technically, a trifle is “a cold dessert of sponge cake and fruit covered with layers of custard, jelly, and cream. A trifle can look very similar to a parfait, but it has so much more pizazz. It’s a visual delight bursting with a variety of flavors, and once you make your first one, you’ll definitely want to make this recipe again and again.

This particular recipe for mixed berry trifles – trifle being a dessert that originated in England – was brought to you by the fabulous Britney Breaks Bread. It uses a fluffy base of butter cake to enhance the myriad of tastes from blackberries, raspberries, blueberries, and strawberries.

Although you can make your mixed berry trifle year-round, it’s especially perfect for summer, when fresh strawberries are abundant at your local store, farmer’s market, or fruit stand.

This three-part recipe is broken down into three parts – making the butter cake, making the berry mixture, and last but not least, making homemade whipped cream. While you could technically take shortcuts and buy store-bought, pre-mixed and made ingredients, put that out of your mind! This is a recipe that exceeds all expectations when you make it from scratch. The satisfaction of tucking into this dessert after you’ve made it all from high-quality ingredients is a reward in and of itself. Trust me: When it happens, you’ll get it.

Let’s start with the cake. The base for this cake is butter – but not just any butter, fresh, ultra-high quality butter with high butterfat as a base. At Minerva Dairy, we’ve spent six generations creating award-winning butter in a variety of flavors – including maple syrup and garlic herb – all with at least 85% butterfat. For this recipe, your go-to would be the unsalted version. Don’t skimp on the butter – you’ll definitely notice if you go with the low-quality stuff!

The second part is creating the berry mixture. You’ll want fresh berries for this one, but frozen, then defrosted frozen berries will work in a pinch. The sugar (or sugar substitute) is more than enough to off-set any tart strawberries.

The last part is probably the easiest. Making the whipped cream! Don’t even bother with the store version, just add your heavy whipping cream, sugar (or sugar substitute) and vanilla extract, mix it up, and you’re ready to go. Do this last.

Should you add alcohol and specific flavors to your trifle? Pros and cons

Many trifle recipes – especially the ones steeped in English tradition – use alcohol as an ingredient. These desserts use port, raisin wine, or even sweet sherry to add a little kick to help make the cake more moist. This can add another flavor dimension to your butter cake.

On the other hand, creating an alcohol-free dessert for all ages is so much sweeter, in my opinion. The look on the faces of children – as well as adults – makes this trifle seriously special.

Another twist on your trifle? Flavors. With some modifications, you can make a chocolate trifle, a butterscotch trifle, and even a tres leche trifle.

So, in some ways, you have two paths here. The first is following this recipe to a “T.” The end result is a dessert that will disappear in a heartbeat, especially if you leave it unattended at parties!

The other path is to add some extra ingredients to make it your own, but as someone who has made this dessert using the exact same ingredients and measurements as the recipe, it’s worth it to play by the rules – at least the first time!

Beyond the heavenly flavor, you may be wondering why I’m fangirling this recipe so much. The answer? It’s enhanced by the butter made at our family creamery – the oldest family owned creamery in America.

Since 1894, family members from six generations (I’m part of the fifth) have worked endlessly to create an astoundingly good butter, ultimately expanding beyond unsalted and salted version, into savory and sweet versions, like our garlic herb butter or maple syrup version, which you can find at markets, specialty stores, and our website. It’s a labor of love brought to you by my passionate family members, and I just know you’ll taste the difference immediately. 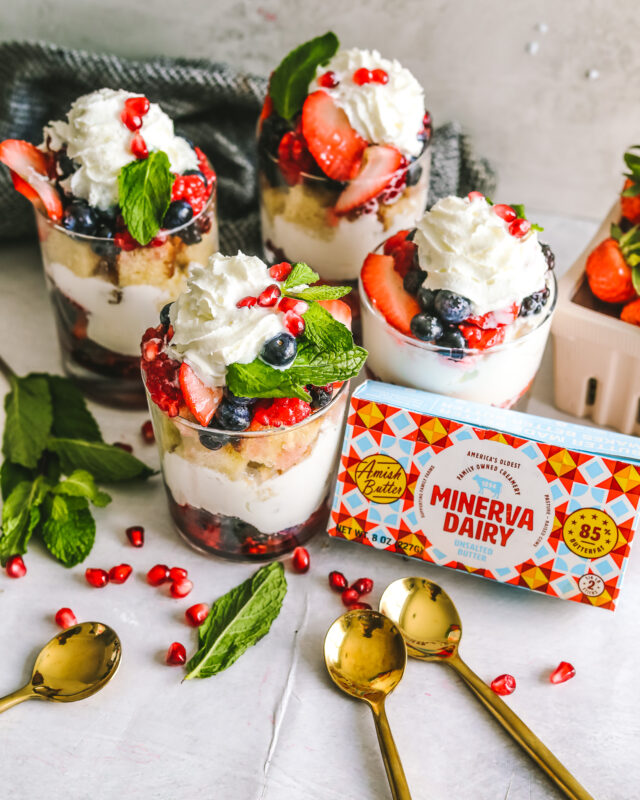 For the Butter Cake

For the Mixed Berries

For the Whipped Cream 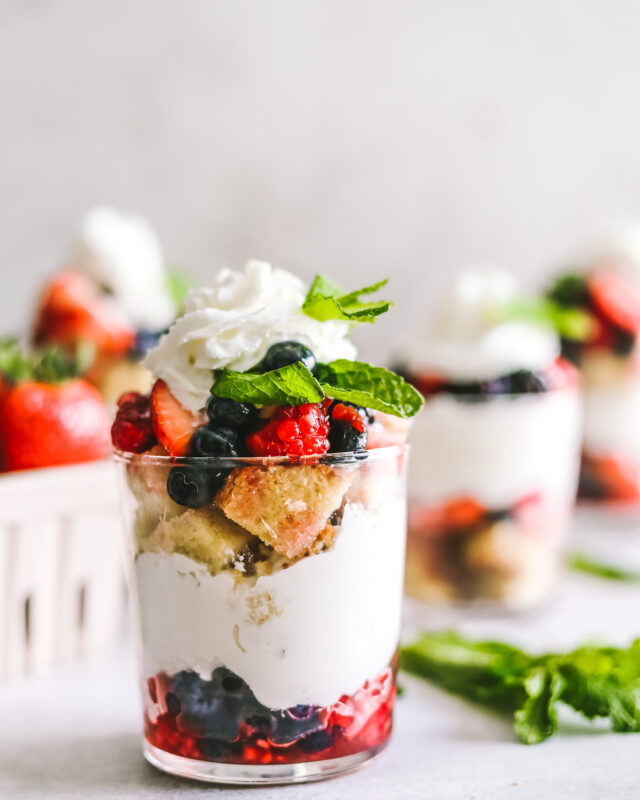 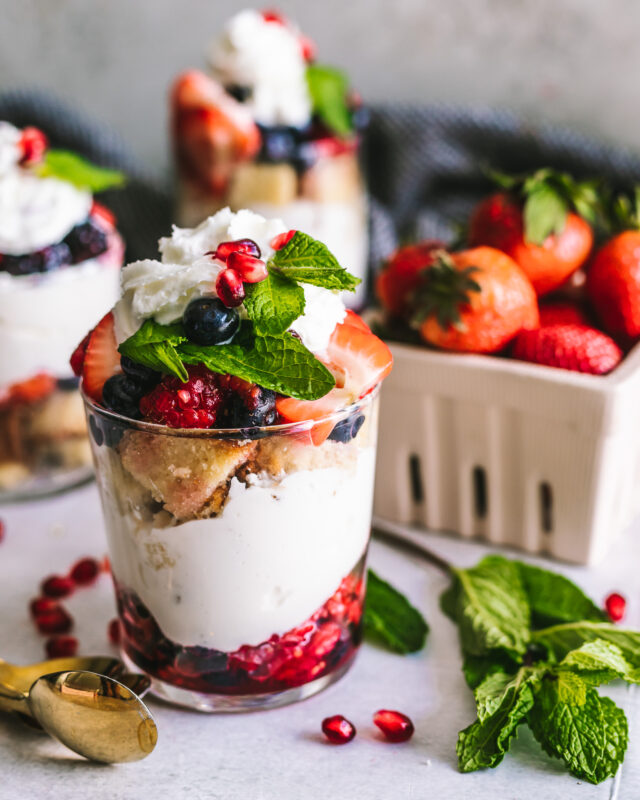